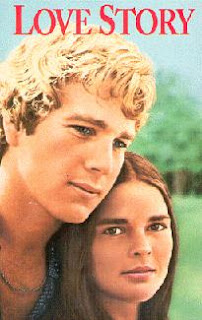 This time I watched it rather than reading it! Arthur Hiller has recreated the magic of Erich Segal's much acclaimed 'Love Story' in Howard G. Minsky - Arthur Hiller Production's film. Though it was released much earlier, I could manage a copy just a few days back. The book was the best I had read till date, and now, this film. The austerity of the starcast and the apt background music leaves the audience spellbound. Performances of Ali MacGraw as Jenny and Ryan O'Neal as Oliver were just marvellous. The film depicts the novel on celluloid in its full spirit. Watch out for yourself to believe my words.

Posted by KV at 4:08 PM
Email ThisBlogThis!Share to TwitterShare to FacebookShare to Pinterest
Labels: Thoughts