A slice of life

"In all things of nature there is something of the marvelous."
- Aristotle

Last Saturday, enjoyed a well deserved outing to a local Panchayat called Mavoor. The trip was meant to be a field visit for an academic project, though, it ended up more as a picnic.
The countryside in Kerala has been discriminately blessed by nature. For a philosophical mind, a drive on its narrow roads can be alluring at the least - it inspires many moods at once. The breath-taking vistas abundantly strewn across the land's vast fabric are catalysts for poets and heaven for photographers. 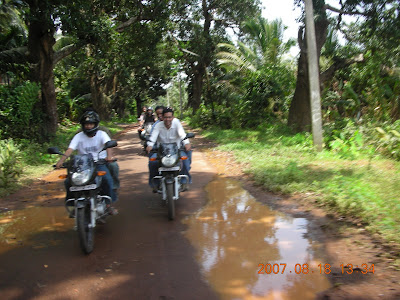 Trees flanking the roads provide a natural respite from the sun

The roads are narrow but well laid for most of the stretches, including many National Highways. The abundant greenery and the calm blanket of peace spread across the entire landscape can provide a good food for thought for creative minds. 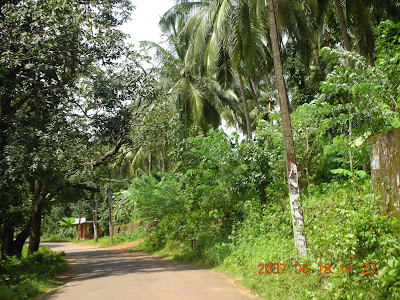 The Stretch to Mavoor

Water is the most abundant of all elements in the "God's own country". Monsoons bless the earth in Kerala for as much as 4 to 5 months in the calendar year and large stretches can be found covered with water during June to September. 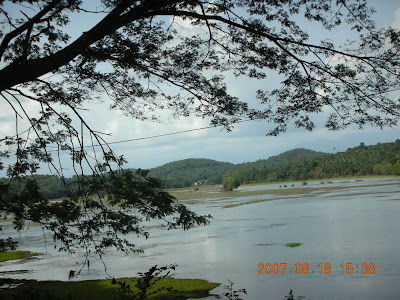 A snapshot from our bikes 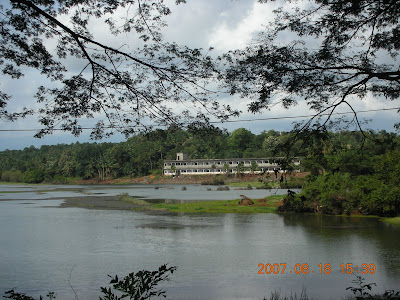 Many rivulets emerge only during the rains 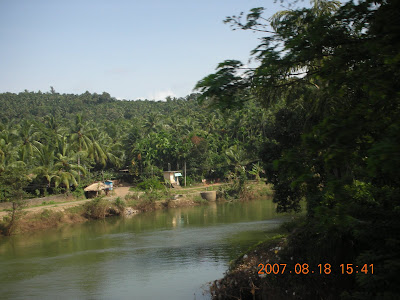 Most parts of Mavoor are on the banks of "Chaliyar". Heavy coconut vegetation can be noted in the background 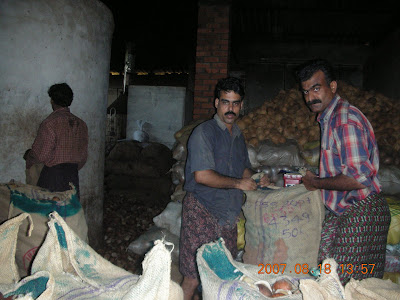 In terms of education, which was one of the major thrust areas in our study, I found the state to be pretty well "advanced". Even the small village had a decent higher secondary school complete with all basic necessities. A healthy male-female ratio, low drop-out rates and a sufficient number of teachers, all constitute a substantial arrangement. 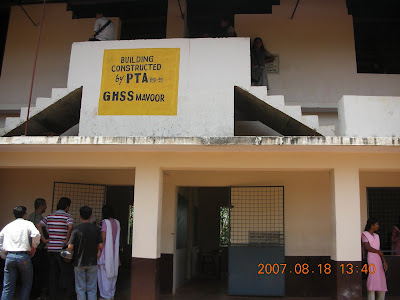 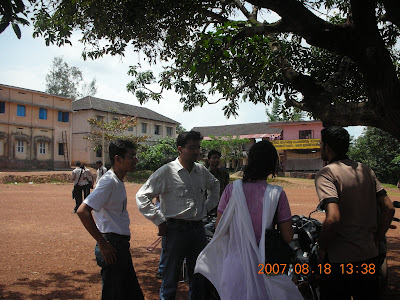 The trip as a whole was the best enjoyment I've had since coming to this place. An exhilarating journey, a wonderful respite from the mundane work and a first-hand experience of the God's own expanse, all contributed to the hearty smile on everyone's face! 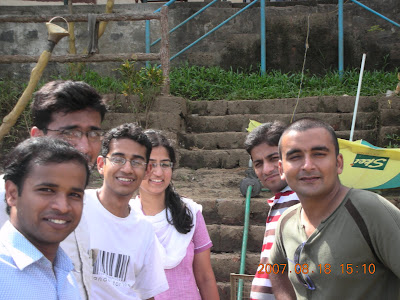 A part of our group 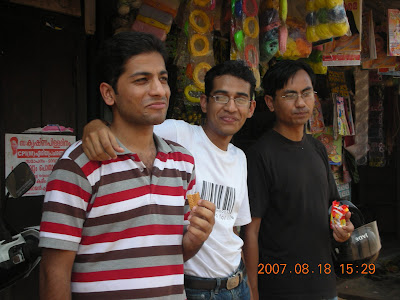 They ended it all with the customary sutta!
P.S. All pictures courtesy Kajal, the "unofficial" trip photographer! :D

Posted by KV at 5:54 AM
Email ThisBlogThis!Share to TwitterShare to FacebookShare to Pinterest
Labels: Travel