Over to Thirty Something

Trivia: The average life expectancy in India is about 66 years. (Ha!) 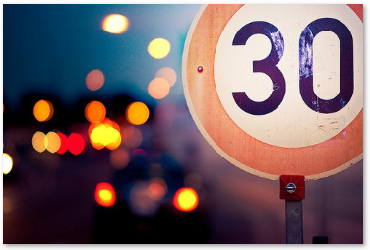 
While growing up, mostly as a student of science (and otherwise as a forced student of moral science in the bada-sanskaari-ladka-hai alluding Indian society that, amongst other quirky things, prohibits questioning the worship of phallic symbols), I studied radioactivity about the same time as the songs of Kha-La-Tiranga variety gained popularity; both events, rather symbolically, shaping my adolescent, inquisitive mind towards exploring newer vistas of learning. Radioactivity taught us that there exist these curious little things, such as radium, with half-lives, and that they keep reducing by half on their own and that those glow-in-the-dark stickers of stars and moons were really radioactive radium diminishing in brightness through the night. The songs, on the other hand, taught us that our puberty wasn’t that strange after all, and lasciviously led us towards the exploration of better visual art materials juxtaposing specific forms of copulating humans – the most advanced species on planet earth.

Nevertheless. I am reminded of radioactive decay after arriving at the thirtieth ‘milestone’ of my life, so to speak, since I imagine that birthdays after a point are really about how much more is left; I certainly don’t see myself dancing the funky chick on my seventy-fifth wedding anniversary, nor do I expect to significantly beat the average lifespan in my country and live long on savings which I don’t foresee accruing. The law of radioactive decay, however, promulgates that a radioactive material technically never exhausts, and accordingly, I would like to believe the romantic notion that after reaching this somewhat middle point in life, and then after going through some more trips around the sun in future, a bit of me would live on forever. It is also tempting to jot down how much wisdom I have collected over the past years in a thirty-things-I-learnt-by-the-time-I-was-thirty list; however, when one knows that the real progression of wisdom, as a matter of fact, has been akin to the progress Bollywood made between Aaja-Meri-Gaadi-Me-Baith-Ja to Baby-Baith-Pajero-Mein, the hypocrisy of creating just another list may perhaps be given a pass as well. I can rather gleefully reminisce the acts of virtue and turpitude in equal measures that, in the past, kept me shifting between schools, cities, workplaces, and friends, and are likely to continue doing so.

The time spent in these schools was a concoction of getting beaten up by teachers, sitting in classrooms where men and women were segregated in neatly bifurcated columns representing Indian society’s respect for women and general social order, reciting vedic mantras and patriotic songs in morning assemblies, getting almost impaled in select subjects, watching Govinda movies in addition to Doordarshan serials on a black and white TV, being miserable at all forms of sports, and being eulogized in yearbooks by people who, during their journey from yearbooks to Orkut to Facebook later in life, progressively became fatter, uglier, and mostly unrecognizable. Taking morning walks had not picked up as a fashion in my hometown in the 90s, but an evening walk where one could roam around the muhalla with friends and observe the minutiae of everyday lives, including those of the other column from school in their respective verandas, was quite established for its health benefits. In terms of learning, the school days also helped me build a solid foundation of the symbolic words, phrases, and gestures that were useful in bearing through later travails in life, especially the Delhi roads.

After moving out of my hometown about 12 years ago for ‘higher education’ and shifting to a place later epitomized in a certain Anurag Kashyap movie, my learning took to new heights in consonance with my 4-feet-11 to 5-feet-7 growth in the Freshman year. Getting introduced to Kumar Sanu in jhankar beats was just the beginning when life seemed all up for taking; I moved on to Bryan Adams and Linkin Park when romance and anger started creeping in the Sophomore and Juniors, followed by Bob Dylan in the Seniors when it was apparently clear that The Times They Are a-Changin’ was required to sustain any semblance of hope that the society falsely promised when one got to the University in the first place. On its part, the University, by offering a place more or less insulated from poking noses of the neighbours and galling remarks of the family, did help in forging excellent friendships that stood the test of time and Gunda haters, reading and writing things that could be outside the purview of what was then referred to as academics, and understanding the power and beauty of one’s youth, especially manifested as after-effects of cheap alcohol and marijuana. The biggest contribution, however, was the realization that the world is full of lies, some as harmless as bhai-aaj-sirf-ek-peg, while some as serious as tu-mera-bhai-hai. Some of these learnings got further reinforced at the grad school, where the quality of alcohol had improved by a notch, and the level of academic attainment had shifted to Machiavellian techniques of writing assessments. The grad school, however, helped me in gaining some bit of finesse in speaking the language which hitherto was limited to Norman Lewis’ word power, or to my aunt telling her neighbour that my class 12 was from ‘English medium’.

Over the last several years, I worked, saw many lands and cultures in the world, got rejected by employers and women, lived independently, changed cities several times, made bucket lists and chalked off a few, put on weight and ran-off some of it, tried hard to keep friendships and lost a lot of them to marriages, got many haters, read a few books and got shaped by some, drank occasionally and expensively, co-existed and survived a world that produced Housefull and Golmaal series, and increasingly thought that I have matured more than the past, before reality brought me back to the ground time and again. I can say that the past thirty years have convinced me that what they call experience is either nostalgia, or an expectation from the future that is coloured by one’s biases and prejudices from successes and failures of the past. For instance, if Rohit Shetty decides to make another film, I know it doesn’t deserve wasting internet bandwidth provided by those rapacious Airtel folks. And oh, age is just a number!

Posted by KV at 2:41 AM
Email ThisBlogThis!Share to TwitterShare to FacebookShare to Pinterest
Location: New Delhi, Delhi, India

By the way, if you are referring to Honey Singh's song...it's angrezi beat...not angrezi weed :-)