Just happened to browse through some old music collection. Was left mesmerized with Hemant Kumar's voice to Gulzar's creativity in this song from the 1969 film Khamoshi -

For the 'swadesi' me, it has been rather difficult from the very beginning to assimilate the 'angrezi' culture of B-Schools. A die-hard supporter of desi-bhashaa-swadesi-vyavahaar; there are thousands of irritating things out here which have constantly harassed my mental peace.

One of them is that most ubiquitous of the several phrases used by those 'Yo-dudes' (for the 'uneducated': if you are having difficulty picturing them, just imagine a bunch of gays chatting in shorts and 'I'm Pagal' Tees and 3-inch heeled sandals called 'kittos') - "rock".

Rock is everywhere. The 'about me' section of someone's orkut profile would say 'I rock!' The dinner suddenly becomes eatable one day and the 'Mess Committee rocks!' They haven't seen a sea-beach in their entire lifetime, and the first exclamation would be 'The place rocks!' The most 'jhamtee' guy in the class solves the problems for the next day's submissions and everybody copies it, 'He rocks!' The only good teacher of the last term becomes 'That prof rocked!' Why do you always have to "rock"? Why can't you 'jazz' or 'hip-hop' or 'heavy metal' or 'country blue'? Or rather, can't you simply 'aalaap'? He 'aalaaps', he 'thumrees', he 'qawwalis'… might even go like he 'bhajan-kirtans'!!

Now don't argue with me for the word meaning of 'rock'. The dictionary is clear about it. Current usage isn't what the word is meant to be. I'd selectively quote a few of the dictionary meanings-

–Idioms
1. between a rock and a hard place, between undesirable alternatives.
2. get one's rocks off, Slang: Vulgar. to have an orgasm.
3. on the rocks,
a. Informal. in or into a state of disaster or ruin: Their marriage is on the rocks.
b. Informal. without funds; destitute; bankrupt.
c. (of a beverage, esp. liquor or a cocktail) with, or containing, ice cubes: Scotch on the rocks; a vodka martini on the rocks.

So, whenever I hear someone saying 'he rocks', I usually tend to think about the second meaning of the word as a noun, mentioned in my list - poor guy, whatever might've happened to his 'rocks'! To sum this post up, all I want to convey is, can't we use the word in its more interesting forms, rather than the gay-usage? Look at the second and the third idioms in the above list. There are pretty 'rocking' usages of the word, can't people just 'get their rocks off' once and for all and stop this particularly irritating usage of making anybody rock?


Posted by KV at 2:53 PM 3 comments:
Email ThisBlogThis!Share to TwitterShare to FacebookShare to Pinterest
Labels: Humour 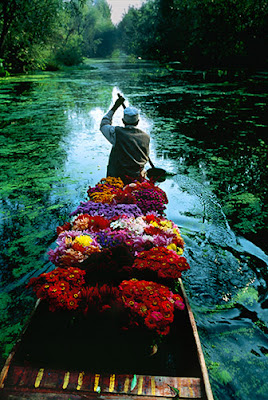 Posted by KV at 1:37 AM 2 comments:
Email ThisBlogThis!Share to TwitterShare to FacebookShare to Pinterest
Labels: Poems

If you "analyse it objectively", you can conclude that there are only two things in the life of any run-of-the-mill IIM grad - "summers" and "finals". Both these are celebrated as festivals and are the sole reaps targeting which we spend sleepless nights in studying.

IIMs are less of academic institutions, they are "glorified placement agencies" in essence, and you hardly come to learn, you come to get placed! Given this level of importance to the process, we have two official placement seasons, "summer placements" for first year students and "final placements" for second year students. Both the gala ceremonies have an equal importance with same number of companies fighting to recruit candidates. Within two weeks after admission process completes in an IIM, the preparations for the "festivals" start off. CV building, targeting big-shot companies and booming sectors and finally, "returns". Placement rules are more sacred than all religious practices of the world put together, and deviations, which might have been tolerable by God, are not tolerated here.

My suicide attempts of trying internships on my own failed with the expiry of the Placement Committee's "guilt free pass" (the pass reads as - you are granted a limited period boon to try and do any off-campus kill-yourself thing without the Gods being infuriated). I'd managed positive responses from a rare few, and most of the HRs had "ditched" me, "dumped" me, and that too with the worst possible break-up line - "Hope you can find yourself a good company that will give you a useful exposure". As if, someone is really waiting for me to expose oneself!

As the "festivals" back at K would take off, I'd join the "single and looking" band for that one fool who'd hire me for two months hoping I might turn useful. ;)


Posted by KV at 1:29 AM No comments:
Email ThisBlogThis!Share to TwitterShare to FacebookShare to Pinterest
Labels: Opinions?
Newer Posts Older Posts Home
Subscribe to: Posts (Atom)