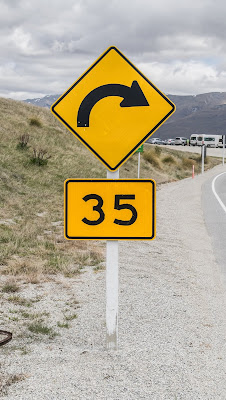 A few months before my thirtieth birthday, I was cycling with two strangers at Formentera: a pristine Balearic island accessible by a short ferry from Ibiza. We bought some bread, a few slices of cheese, some cold ham cuts for a cheap makeshift sandwich, and headed straight to the water. The other two men were drunk from the previous night (I wasn’t; the cover charges for nightclubs used to be fifty euros) and jumped in naked. I followed suit. Such shoestring trips used to be about finding the cheapest hostel or a Couchsurfing host, roving for an entire fortnight with nothing more than a 7 Kg backpack that allowed walking long distances and avoiding airline check-in charges, and abstemiously surviving on hotdogs and snack bars. I did odd consulting jobs then, always booked train tickets to home at least three months in advance to ensure getting a berth, watched Bollywood movies in cinema halls on weekday mornings, still used Facebook, began to know a little bit about scotch (and always bought the lowest priced one at duty-free), and thought a lot about women, love, and yachts.

Five years flew by (I don’t know why that sentence seems so manifestly gravid in prose, and so spectacularly quotidian in reality). I traveled across eight countries (including one business trip) during just the four months before turning thirty-five, shopped for a good pair of knives and an oil container at Ikea (and considered buying a French press), watched vacuous as well as picaresque productions on streaming sites and also some theatre, tried to keep away from much of social media (branding it as a largely apocryphal echo-chamber), learnt making basic cocktails at home, and thought a lot about women, love, and yachts.

I also found a stable job that I ended up loving to the core, began to learn how to do that job well (and learnt that that is supposed to be the logical sequence), and spoke to numerous people who wanted to know how to find a job that they can love because it will come with meaning and purpose (and I raked through their pedantic expectations in the process). I did less of finding good music (and instantly sharing it over WhatsApp), and a little bit more of reading books. Perhaps as I am aging, I am also becoming more ecumenical and accepting of ideas, even of the most egregious ones such as the universe might have an energy and we might all be part of a larger continuum (as a corollary, I am more accepting of Pankaj Tripathi’s “nucleus se aaye hain” and Nawazuddin Siddiqui’s “apun hi bhagwaan hai” – two diverse and profound philosophical constructs – in the same Sacred Games season.) I got a dreamcatcher in my office to which I attribute my tiny store of positive energies, grew some plants, switched to wearing suits at work, and invested in skincare and haircare products (while being doleful about the ignoble consumption patterns of teenagers). And – this is important – I also switched from Mahashian-Di-Hatti to Shan Masalas; and to anyone who questioned my deeply political choices such as this one, I offered a specious argument of both masalas being saffron in colour. Other assertions of my responsible citizenry were demonstrated by my prompt exit from WhatsApp groups consisting of Indian intelligentsia’s prolific analysis of all economic and foreign affairs, and using the mute feature for groups where flowers were exchanged each morning without any being actually shipped to my home address. I did buy some flowers though; I have taken up a liking for white lilies.

Five years also taught me several life lessons (including the one from an uncle at the supermarket checkout counter who told me why buying shimla mirch is better than the expensive red and yellow bell peppers, and the one from the kid who nonchalantly asked me “uncle ball chali gayi hai aapki balcony mein” causing a deleterious cascade of feelings for the kid in question). I have started valuing relationships more, realizing how precarious life could be (Baz Luhrmann’s “get to know your parents; you never know when they'll be gone for good” has only become more poignant over time). I value my own life more and am learning to treat myself (beyond vastly unused gym and swimming pool memberships). I feel less impulsive, have fewer bellicose instincts, and seem to focus more on creating and cherishing memories and experiences (such as by allowing friends and family to cook and feed me home food). My pursuit of happiness, meanwhile, has also witnessed its natural trajectory of bas-mil-jo-jaaye-thoda-paisa early on, to tere-bina-zindagi-se-koi intermittently, to what-a-wonderful-world. Well, almost.

I think it’s past the halfway mark in life, and it’s fascinating to note how laughing at 'growing-older-and-wiser' as a phrase ends up being a joke on oneself. Someone once told me that there is something immeasurable that you gain just by having a few more years of experience under your belt. Some of it, perhaps, is indeed true. Reflecting on the series of choices and decisions in life, it does feel that I might have outgrown some of them. In retrospect, I think I could have treated people differently (except the assholes, of course), loved more intensely, and been kinder to myself.

Or, perhaps, it's just the alcohol talking.