Some other day: A snapshot from 'K'

NOTE: All characters and events are purely fictional.
It's 03:30 AM. Nibbling on lose strands of NC's (Night Canteen) special maggi, the mind wanders over the persisting dominant thought - 'Shall I call her?'.
It had rained yesterday, the last few days of retreating monsoon giving respite from those incessant days of heavy downpour usually associated with the God's Own Country. Last night's showers have bathed the hilltop in perfect viridian. The wind feels chilly against the body - probably the Backwaters T-Shirt is a little too thin to brave the cold, and jackets are never in fashion at kampus. Eyesight wanders towards the oblivion, soaking the NC-view of the carpet of lush green grass meticulously laid over the amphitheatre - shining like crystals in those white floodlights. The hilltop is covered with the usual dense white fog. The auditorium and the classroom blocks are faintly visible, braving against the natural limits imposed by aimlessly wandering clouds over the hill. Moon glistens right above the north tower, it's still a few days before it'd be a full moon again. 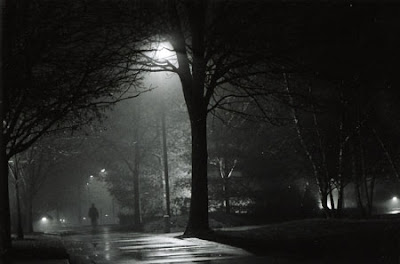 
Posted by KV at 12:37 AM
Email ThisBlogThis!Share to TwitterShare to FacebookShare to Pinterest
Labels: Fiction

A tad bit verbose...but brought back a lot of memories!!! :)
Great stuff...shall follow ur blog now!

wonder who she is!!

amazing stuff man, great descriptions - the kind that seem to go on, and yet you find yourself wishing it wouldn't end.

Man....awesome read...almost transported me back to the misty corridors, wee-hour NC escapades, sea queen and bike rides to wayanad! Cudnt relate to the characters but the narration of the environment sure brought back a lot of memories! Thanks man
~SD