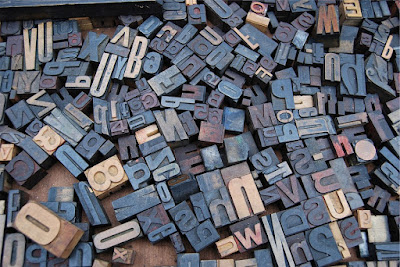 As a number, 37 is rather coarse and inelegant. Perhaps the only reputation a number like 37 may hold is that of being a prime number. The term ‘prime’ in there isn’t even coquettish — in the ‘in-one’s-prime’ sort of way — which could have made 37 at least mildly interesting. ‘Prime’ numbers are named so merely because all natural numbers are primarily their multiples — Mathematics, as most of us would appreciate, is not exactly a science with much literary flair or style (maybe because it was largely a dominion of men). When applied to the chronological age of a human, birthday number 37 remains, at best, a stodgy nondescript footnote in the bell-curve of life, a “use by” date on product packaging written in small font that usually gets ignored. It’s an odd number, like getting a Johnny Depp year while counting down life, when one would have preferred more of a George Clooney elegance. Scruffy, burly, inflexible, difficult-to-pronounce, and yet thoroughly quotidian, it’s the number where one has already dealt with all the midlife crisis life could possibly throw, stretched, yawned, and comfortably settled, possibly looking for chocolate and cheese after one’s next meal. There are no inspirational stories either that could possibly begin with “by the age of 37…”; any noteworthy mention of someone at this age would perhaps include a crime and subsequent arrest, or a premature death. If the cancel culture was more inclusive, I reckon it would have advocated for 37 being cancelled.

Two years ago, on my birthday number 35 as an exercise in vanity, I jotted down my learnings, considering the moment as a poignant half-life marker of my existence. My thoughts then fell short of prescribing what my tombstone should read or whether I would prefer a cremation, but they did have the distinguished benefit of digital permanence that would allow obituary writers a place to copy-paste stuff from, should I get the privilege of an obituary by the time I am done on the planet. In the intervening two years since expressing my ‘learnings’, I shared a pandemic-infested world screeched to a halt (the irony of just one mammal temporarily incapacitated by a pathogen declaring the world as ‘stopped’ didn’t escape me — as if the world were synonymous with humans), went through a divorce, emigrated from India, and shifted jobs from one where I was doing things to one where I had to tell others how to do things. The two years seem to have passed in a blip, much like the ‘Skip Intro’ button on Netflix, but they managed to substantially change my personal station in life.

A recent feedback at work encouraged me to be a direct communicator. In response, I think I would have really liked if the civilized world was more open to calling-out assholes, and I would have contributed wholeheartedly to any social media hashtag doing so. I would have been much less involved with movements encouraging expressions of gratitude in oral or written communications, since I already feel fatigued by the proliferation of insincere thank-yous at work. Digressions aside, in the spirit of more direct communication, perhaps there are two thoughts worth jotting down at my thirty-seventh milestone footnote for future reference.

One, it’s important to accept that the world is a messy enterprise. Cultures are good and bad at the same time, civilizations are sophisticated and perplexing, governance models have finesse and imperfections, states concurrently espouse both freedom and slavery, religions are both orthodox and emancipating, and the same person could be fantastic and a jerk at once. To enjoy this enterprise, I would probably do better by taking off the edges, being vulnerable, reducing the urge to classify people and things into admirable or worthless, and being capable of holding and critically evaluating opposing ideas and thoughts. Corollary: one can’t be the best version of oneself for everyone else in the world.

Two, life’s possibilities and optimism can be enjoyed in moderation. There are indeed things that are unlikely to happen in the rest of my life: playing guitar by the bonfire in a freshman party, winning a sports championship, restarting career from scratch, learning parkour, filing a patent in machine learning, or owning a yacht. But it’s also a phase where realization has set in about a precious few things that truly matter, and could be worth striving for — those aspirations and dreams that are sufficiently ambitious, but have nonetheless been tempered into pragmatism by an evolving mix of wisdom, skills, and an appreciation of real vs. perceived worth. And to accomplish and savor those would perhaps constitute the fullest life.

Posted by KV at 1:00 AM
Email ThisBlogThis!Share to TwitterShare to FacebookShare to Pinterest
Location: Washington, DC, USA