Sometimes, time forces you to be the biggest hypocrite in the world. Your "self" preaches you good old ethics, you tend to think otherwise.

It was just like any other weekend. We decided to stop-by to have a couple of drinks at a pub after a few hours of frenzy shopping at Marathalli. 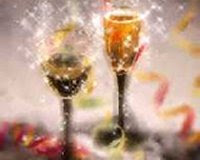 Koramangala's "Enigma" served us much more than alcohol on this eventful evening. For the usual "me" - the table opposite to a teenage couple was a complete paisa-wasool. Forty five minutes of the passionate "show" was reason enough to feel more than contented compared to the small bill. They were drinking... the hugs and kisses followed. Combining that with the scene created near the loo - all created an atmosphere enough like a movie.

The ethical "worm" inside pestered me with digressive thoughts. Is this India? Their actions were proofs enough that they are going to end up between the sheets. An unmarried couple barely in their teens, drinking their brains out and smooching at 11 in a pub - where's the culture?

And above all is my hypocrisy! I can preach the closest of my friends for 5 hours that this is wrong. And yet, I enjoyed the "show". A part of me would sing along - "Koi maalamaal hai, koi tanghaal hai..." and another would still lament - "Dekh teri duniyaa ki haalat kya ho gayi bhagwaan, kitna badal gaya..."


Posted by KV at 1:24 AM
Email ThisBlogThis!Share to TwitterShare to FacebookShare to Pinterest
Labels: Opinions?

Now I don't think you will ever preach your friends that this is wrong??The sole purpose of a blog is being true to yourself.Now if you had written that you would want to preach this gyaan to your friends but do not,I think that would have made more sense.